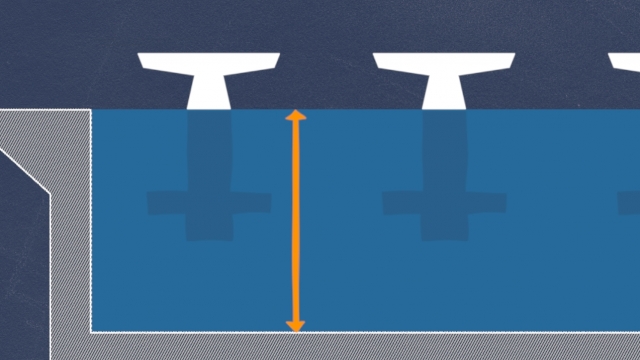 The oldest Olympic swimming records are from the 2008 games in Beijing. Setting new record times has become a bit of a trend since then.

Yes, these are some of the most capable swimmers on the planet. But experts think the pools themselves might have something to do with it, too.

SEE MORE: We Humans Are A Lot Faster And Stronger Than We Used To Be

"It's by far the fastest pool in the world. And when I say fast, I'm talking about deep water," NBC's Rowdy Gaines told NPR in 2008.

Since the Beijing games, all the Olympic pools have been 3 meters deep, the recommended Olympic depth set by swimming's world governing body.

By accident or by design, it's deep enough that the waves the swimmers generate don't rebound off the bottom, so the water at the surface stays calmer.

Lane lines, unoccupied buffer lanes on either side and special gutters along the edges of the pool all help reduce the effect waves and turbulence have on the swimmers.

And the benefit would seem to be in the numbers. During the Rio Olympics, swimmers set more than 10 new world or Olympic records.