What It Would Take To Slow Down Time 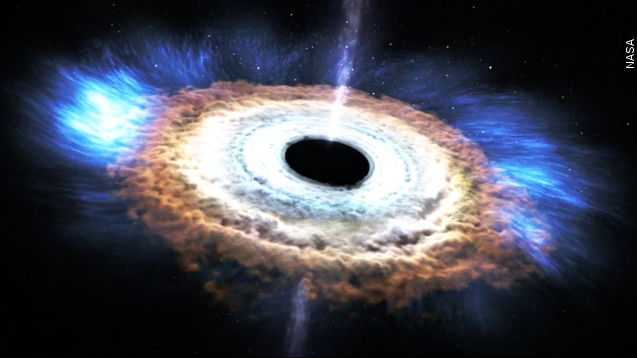 SMS
What It Would Take To Slow Down Time
By Evan Thomas
By Evan Thomas
November 27, 2015
A look at the very real physics behind time dilation as portrayed in pop culture.
SHOW TRANSCRIPT

Time dilation is a storytelling staple: If you get going really fast, everything else around you seems really slow. (Video via Walt Disney Studios / "Avengers: Age of Ultron," Paramount Pictures / "Over the Hedge")

While these examples are fictional, time dilation is a real thing, backed up with hard science. It's just not as exaggerated as you see here. (Video via 20th Century Fox / X-Men: "Days of Future Past")

Take astronauts, for example: over the course of their missions, crew on the International Space Station age fractions of a second less than people here on Earth. (Video via NASA)

It works in part because their spacecraft is moving really fast: 17,500 miles per hour. (Video via NASA)

Special relativity holds that the faster you go, the slower time relative to your position appears to progress. If you could get a spaceship moving close to the speed of light, the effect would be even more noticeable.

"The simple version is if you have twins, and you put one in a spaceship and it travels really fast, and then comes back to Earth, it will not have aged as much as its twin," said Missouri astrophysics professor Dr. Angela Speck.

"It's even featured in the 1960s 'Planet of the Apes,' where they're traveling so fast in space, they don't go through time but thousands of years have passed. That's why they don't realize they've landed back on Earth when they land on the planet," Speck said. (Video via 20th Century Fox / "Planet of the Apes")

But getting the required speed is still beyond science's capabilities. Mass increases with speed. Accelerating to relativistic speeds would require exponential amounts of energy.

The other way to dilate time requires gravity, and lots of it. The stronger your gravitational source is — the closer you can get to it, or the bigger it is —  the slower "external" time progresses. (Video via NASA)

We can see evidence of this with the clocks on GPS satellites. They're farther from Earth's mass than ground-based clocks, so they need adjustment.

"It means that the timing is not quite what it would be if you just didn't account for general relativity. So we have to correct for that. And it's only of the order of tens of microseconds. That can put you off in position by quite a bit," Speck said.

To make this phenomenon really apparent, your best bet is a black hole. (Video via NASA)

"In 'Interstellar,' they get into the idea that you have a black hole. The black hole is so massive that it's affecting space and bending it so much that it's bending time too," Speck said.

Near the black hole, Joe Cooper and company perceive their progression through time at a normal rate. But back on Earth, away from the black hole's gravity, decades have passed. (Video via Paramount Pictures / "Interstellar")

But once again, this idea is theoretical. For one, there are no black holes in range of our spaceships for us to test. One of the nearest we know about is more than 7,000 light-years away.

And two: As far as we know, the closer matter gets to a black hole's event horizon, the faster it moves and the hotter it gets. It would be hard to appreciate time dilation while your spaceship is getting reduced to its component atoms. (Video via NASA, Paramount Pictures / "Interstellar")

Maybe this is one idea we're better off testing at a small scale. Go climb a mountain. You'll age just a tiny bit faster at the top.