What It Takes To Bring Astronauts To And From The ISS 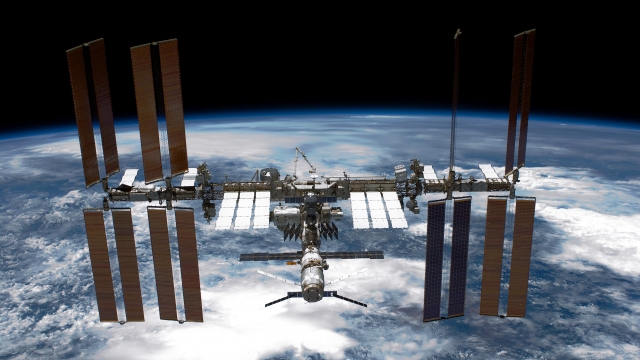 SMS
What It Takes To Bring Astronauts To And From The ISS
By Ryan Biek
By Ryan Biek
October 31, 2016
Here's a look at some of the challenges astronauts face going in and out of orbit.
SHOW TRANSCRIPT

For 16 years, the International Space Station has been staffed by different crews of astronauts. So what does it take to shift crews in and out of orbit?

First, a new crew has to arrive on the ISS. In this recent case, the flight from Earth to the station took two days.

SEE MORE: Looks Like Our Backs Really Aren't Made For Space Travel

The ISS usually orbits about 220 miles above Earth. The hard part is that it's only as long as a football field and flies around the planet at roughly 17,000 miles per hour.

The astronauts have to position their craft at just the right place in orbit so the ISS actually catches it.

Bringing a crew back to Earth has its own challenges.

When a capsule returns to Earth it gets so hot that it's basically covered in a ball of fire. A special coating protects the capsule, but outside layers are still burned off.

SEE MORE: How Will Mars Crews Cope With Watching Earth Fade Into The Distance?

When the capsule is about six miles above ground, it's still traveling at 500 miles per hour. The parachute opening is unsurprisingly violent.

Right before it hits the ground, the craft slows to less than five miles per hour, but astronauts have said the landing still isn't that soft.

Dizziness is expected. Astronauts report feeling five times heavier the moment they stand up. And it can take more than a week to get back to feeling normal.

But feeling normal isn't quite returning to normal. A 45-day reconditioning program is standard because astronauts' eyeball pressure, bone density and more will have adjusted to conditions in space.

Expedition 50 crew members will have just over four months before they too feel what it's like to come out of orbit.