What It's Like To Get Mistaken For The Leader Of ISIS 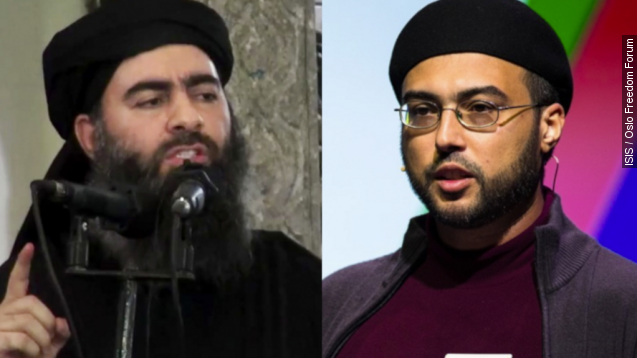 Did Twitter confuse this man with the leader of ISIS?

"I would expect this kind of mistake from a lazy journalist, but I wouldn’t expect it from Twitter," Iyad El-Baghdadi said.

He's (obviously) not that Baghdadi.

Bizarrely, some news outlets mixed them up.

"They just said, ‘You violated the Twitter rule,'" El-Baghdadi said.

El-Baghdadi's posts were anything but.

"There are lots of actual trolls out there. I even try to report some of them and nothing happens. To the point that now I don’t even bother reporting because I don’t think anything will happen. I don’t trust the process anymore," El-Baghdadi said.

In late 2014, ISIS supporters were operating at least 46,000 Twitter accounts, according to a study by the Brookings Institution.