This Oktoberfest, We Explain: What The Hell Is Reinheitsgebot? 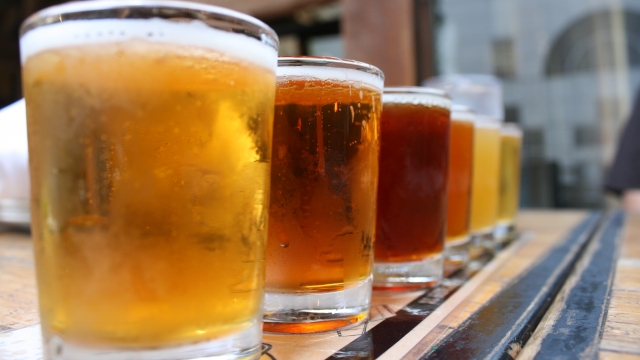 Reinheitsgebot. If someone shouted that word, it sounds like you'd need to say "bless you" — but there's a lot more to it than that.

That very obviously German word is a long-held quality control guarantee for German beer. And, well, Oktoberfest season is upon us.

Oktoberfest in Munich is the largest of its kind in the world. It brings in millions of people to the city every fall.

Reinheitsgebot was passed back in the 16th century in Bavaria, the OG German beer capital. The law said what kinds of things could and couldn't go into German brews.

Because back in the day, brewers would put just about anything into their concoctions, including deadly plants and hallucinogens.

So the original draft of the law — which has been altered — stated only water, hops and barley could make up the beverage. Reinheitsgebot also had guidelines to keep beer prices in check.

So what does this mean for swill brewed in other countries? Well, Germany just has to deal with it. The rules are for beer production in the country, not out.

So in places like the U.S., where there aren't the same ingredient guidelines, imports sent to Germany get a pass.