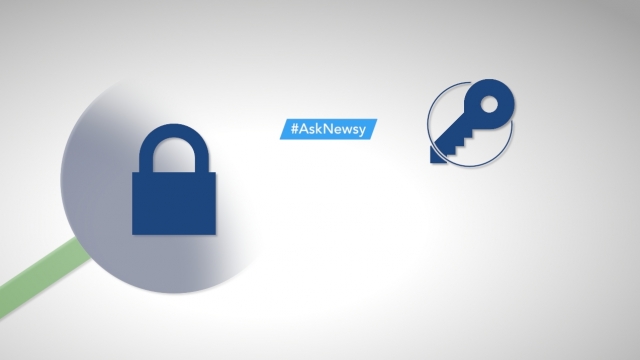 SMS
What Is Encryption, And Why Is It Important?
By Leah Becerra
By Leah Becerra
April 16, 2016
Encryption has become a controversial topic in the U.S., so if you're not sure what it is, listen up.
SHOW TRANSCRIPT

Here's a question: What is encryption?

Simply put, encryption keeps your information and communication private on the web.

It works like this: You fire up your computer and head over to Amazon to buy — anything, really — and at some point, you have to pull out a credit card to pay.

Amazon and other stores on the web will scramble your payment information (so it essentially looks like gibberish) before it's sent to online sellers' accounts. When it arrives, the info is then unscrambled, and the money can pass through without out anyone stealing your credit card info.

The encrypted part of this transaction was in between you (the buyer) and the seller.

Encryption also helps secure your email, home banking and even your Facebook and WhatsApp sessions.

But the practice has come under fire lately as it's been linked to terrorism. The U.S. government has tried and is still trying to force tech companies to create backdoors for the encrypted communication we all use.

The problem is that encryption only works as intended if third parties don't have a key. And privacy experts say if a backdoor is created, even with the best of intentions, it's only a matter of time before people and even other governments you really don't want to have the keys get them.

This video includes images from Nadir Balcikli / CC BY 3.0 and clips from C-SPAN and Amazon.