What Is 'Call of Duty: Black Ops III' Trying To Say? 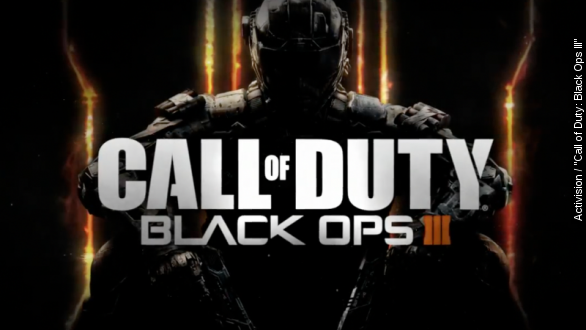 The "Call of Duty" franchise isn't exactly known for political commentary. It's mostly just known for lots of gunfights and blowing stuff up.

But lately, it seems as if the creators of the franchise are paying close attention to real-world events and trying to mirror them in the game, as evidenced by the new trailer for "Call of Duty: Black Ops III."

The story for the new "Black Ops" game will deal heavily with technology's role in shaping the world. The game's plot seems ripped straight from the headlines in some respects, complete with an Edward Snowden-like character leaking government secrets to the public.

Ok, so maybe the theme is a bit on the nose. It looks like they're building on the idea that technology is such a pervasive part of our lives it eventually will become a part of our physical bodies — for better and for worse.

To be fair, the game is set in 2060, so who knows? Maybe a robotic arm that can turn into a Gatling gun will be a thing by then.

Interviewees from the public told Oliver's crew, "I have no idea who Edward Snowden is," and, "I have heard the name. I just can't picture right now exactly what it is."

Building a story from real-world events is starting to seem like the new go-to for the series. 2012's "Black Ops II" dealt heavily with weaponized drones, and 2014's "Advanced Warfare" was based around the idea of massive private armies.

Regardless of how its story turns out, "Black Ops III" is almost guaranteed to be a sales juggernaut. Activision's CEO says the franchise has brought in $10 billion in sales since it was created in 2003. "Black Ops III" launches Nov. 6.

This video includes an  image from Getty Images.