What Happens When TV Series Overstay Their Welcome 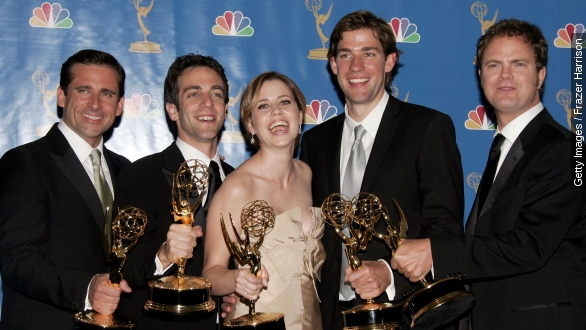 SMS
What Happens When TV Series Overstay Their Welcome
By Ben Lawson
By Ben Lawson
May 3, 2015
As a warning to future generations, we are rounding up some much-loved TV series that just didn't know when it was time to call it a day.
SHOW TRANSCRIPT

It’s always hard to watch, to see a show you once loved turn into a disappointing catastrophe. As a warning to future generations, we are rounding up some much-loved but over-stretched TV series that just couldn't take the hint it was time to call it quits.

When a majority of your original cast begins to jump ship, that’s probably a sign to let go.

Except no one ever told Shonda Rhimes and the rest of "Grey’s Anatomy." In 11 seasons the show has lost a majority of its original cast, including Isaiah Washington, Katherine Heigl, T.R. Knight, Sandra Oh and most recently Patrick Dempsey. Not to mention the others that have come and gone since the show started in 2005.

Sometimes you just need to let a good thing die... Oh, sorry. Was that too soon?

Another series in its double digits is The CW’s "Supernatural." It's currently in season 10 and the CW shows no sign of putting it to rest any time soon.

It even had a very clear ending point written back in season five. The last episode of that season was literally called “Swan Song.”

But the ratings the Winchester brothers brought were apparently just too good to let go of, so the CW forced the writers to throw out the nice and tidy conclusion they crafted for one ridiculous plot line after the other.

Why anyone thought “The Office” without Steve Carrell could work is one of TV's greatest mysteries. Although, the show was struggling before Carrell’s departure, NBC decided to soldier on and keep it alive.

The result isn’t so much a trainwreck. A trainwreck would have been more exciting. The final two seasons were just so forgettably dull.

That is until the characters actually acknowledged they were in a documentary in its final season. The result is some kind of meta, fourth wall-breaking thing that we don’t really have a word for but it was kinda cool… kinda.

"Lost" was pretty much just a victim of its own ambition here. It wasn’t so much that the show went on too long, but that it just didn’t seem to know what to do with itself in the end.

The first three seasons contained mostly wonderfully-done character development with some mystery about the island sprinkled in.

The last three seasons saw much of the mystery being revealed and the result wasn’t always satisfying. Plus, some of the characters evolved into people we just didn’t care about.

We are talking about you, Kate. Just stay at the camp. No good ever comes from you following everyone into the jungle.

"How I Met Your Mother"'s outstanding ratings probably ended up hurting them in the end.

That’s because series creators Carter Bays and Craig Thomas remained ridiculously faithful to their title and refused to let Ted meet the mother of his future children until the last few episodes of the series.

The result was a bunch of characters audiences once loved reduced to cartoon-ish versions of themselves and a final season best left forgotten.

Plus, didn't we already see this show?

Let this serve as a lesson to other TV shows. Sometimes you should just quite while you're ahead.