What Happens If No Presidential Candidate Wins 270 Electoral Votes? 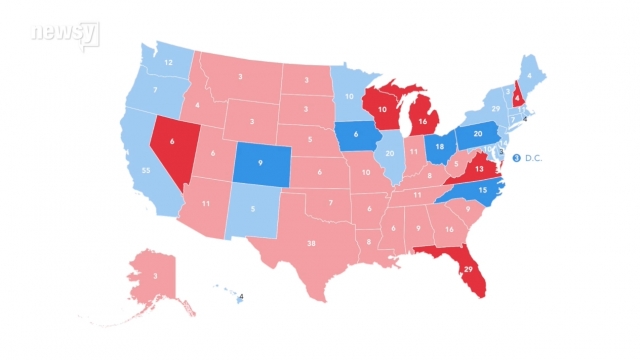 SMS
What Happens If No Presidential Candidate Wins 270 Electoral Votes?

By Jake Godin
August 9, 2016
A failure of any candidate to reach the 270 votes needed to become president triggers a bizarre process to select the nation's leader.
SHOW TRANSCRIPT

There are a lot of ways for a presidential candidate to get the 270 electoral votes they need to win. But there are also a few scenarios that could leave no one with that many votes. So, what happens then?

Put simply, the House of Representatives would get to decide who'll sit in the Oval Office. But there's a catch: Each state gets only one vote. Since there are multiple representatives per state, the state would go with the candidate who gets the majority of votes.

The vice president would be chosen by the Senate. So if a Republican-controlled House picks a GOP president, it's possible a Democratic-controlled Senate could pick a Democratic VP. Slightly awkward. Also awkward is the House's every-state-gets-one-vote method. It means a state like Alaska with around 740,000 people has as much say in the election as, say, a state like California, with more than 50 times Alaska's population.

Then there's still the possibility of more ties. With 50 states up for grabs and 100 Senators, both the House and Senate could tie.

If that's the case, the Senate president (Joe Biden) would pick the new VP. That person would then become acting president until the House could decide on someone.

SEE MORE: Young Voters Want An Alternative But Don't Even Know Their Choices

So, how likely is a tie? Well, the last one came 216 years ago in 1800, so it's been a while. There was another one in 1824, but that wasn't a tie between two candidates. Instead, none of the the four candidates running managed to grab the majority, so the decision went to the House. But then again, this is an unusual election cycle.