What Happens At The Republican And Democratic Conventions, Day By Day 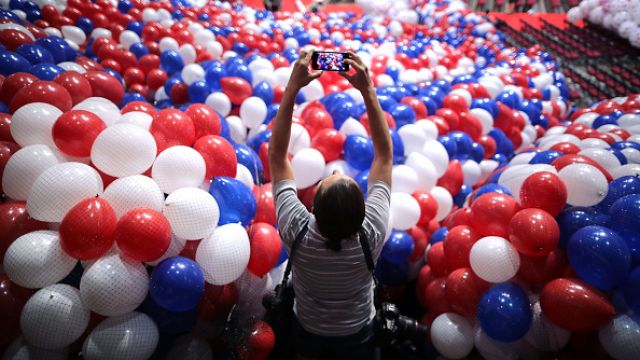 SMS
What Happens At The Republican And Democratic Conventions, Day By Day
By Zach Toombs
By Zach Toombs
July 16, 2016
From the keynote speech to the party platform to each nominee's big moment, here's what to look for at the party conventions.
SHOW TRANSCRIPT

It's not all about confetti and balloons. Every four years, each political party meets and chooses a platform and a president — or at least a nominee.

Most Americans see them in short bursts on TV, especially on the last night, when the nominees give their big speeches. But a lot happens before that — and only some of it shows up on prime-time.

Delegates get the behind-the-scenes work done: about 2,500 at the Republican National Convention; about 4,700 at the Democratic convention. They help with the party platform — basically a document that says what the party believes, like a $15 minimum wage or renegotiating trade policies. A committee writes it up, then the delegates vote to approve or amend.

But day one is also about setting the tone in the keynote speech — often given by a rising star in the party.

The next day, those same delegates vote again — this time it's to decide the nominee, and it gets a lot more TV time than the day before.

Day three is all about the speakers. The party trots out its best and brightest — at least the ones willing to speak positively about the nominee. The night is typically topped off with a speech from the candidate for vice president.

On the convention's last day, the nominee — the party's new standard bearer — makes their closing speech and sets their sights on their opponent. This year should be interesting.