What The Hell Really Happened To Ryan Lochte And His Teammates In Rio? 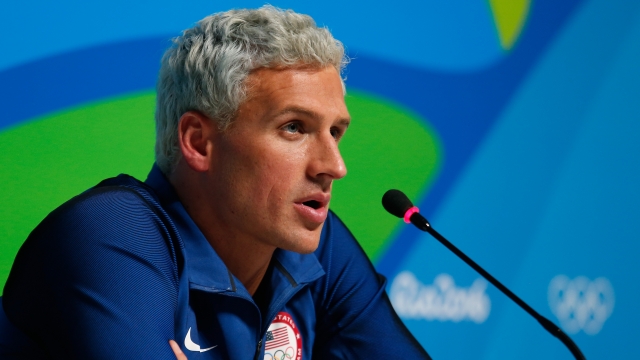 SMS
What The Hell Really Happened To Ryan Lochte And His Teammates In Rio?
By Briana Koeneman
By Briana Koeneman
August 18, 2016
As more information comes out about this reported robbery, the swimmers' story seems a little fishy.
SHOW TRANSCRIPT

If you've been following the Olympics at all, you've probably heard about this.

"Olympic teams are stepping up security measures after four American swimmers were robbed at gunpoint," a CNN anchor said.

"The swimmers were returning to the Olympic Village in a taxi, and that's when they were deceived," an ESPN anchor said.

But as more information comes out about this reported robbery, some have questioned the swimmers' story.

So what the heck really happened? Let's start from the top.

Lochte told NBC earlier this week he and three of his teammates were on their way back from a party early Sunday morning when they were mugged at gunpoint by men posing as police officers.

After all, the U.S. State Department did warn travelers about Rio's "high incidences" of crime, including armed robberies.

Then, the Daily Mail got its hands on this surveillance video that appears to show the swimmers returning to the Olympic Village.

Lochte said the robbers stole his wallet but not his credentials and cellphone. And sure enough, in the video, he only seems to have those two things.

But a Brazilian judge said she felt the footage showed the swimmers "arriving without signs of being physically or psychologically shaken."

And Brazilian investigators say they haven't found evidence to support Lochte's story, so the judge ordered the seizure of all four swimmers' passports so they could be brought in for questioning.

That's why two of the swimmers, Jack Conger and Gunnar Bentz, were pulled off their flight out of Brazil on Thursday.

Meanwhile, Lochte, who was already back in the U.S. by that point, spoke to NBC about the alleged incident once again.

And that's when his story changed. Instead of the robber putting a gun to his head, he said the the weapon just pointed it in his direction.

And he said he and his teammates were robbed at a gas station they stopped at along the way. Before, he said they'd been pulled over.

A Brazilian police source told ABC Thursday that Lochte made up the robbery story to cover up what really happened.

Local station O Globo says it obtained security footage from that gas station we mentioned before. One of the swimmers reportedly got stuck in an outside bathroom and broke down the door trying to get out.

Sources say a security guard confronted the swimmers, they paid the equivalent of $51 for the damage and left.

So it seems no one knows for sure what happened that night, but authorities think they're getting closer to the truth. Lochte's teammates are reportedly cooperating fully with authorities back in Brazil.