What Exactly Does NASA Use Its Earth Sciences Money For? 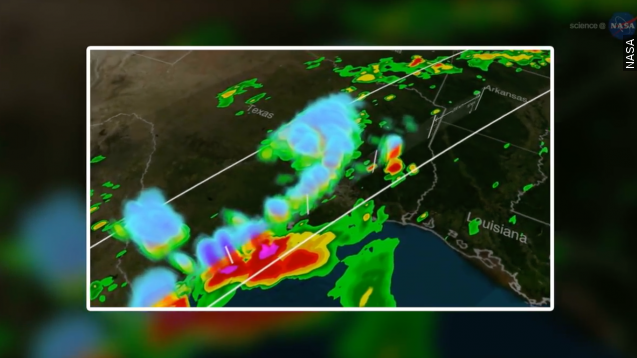 SMS
What Exactly Does NASA Use Its Earth Sciences Money For?
By Evan Thomas
By Evan Thomas
August 1, 2015
Lawmakers have passed cuts to NASA’s Earth sciences budget, which the agency uses for everything from ice monitoring to whale tracking.
SHOW TRANSCRIPT

NASA makes a lot of headlines for the outward exploration it does, and rightly so. But it also spends a lot of time looking at Earth. (Video via NASA)

The pale blue dot is so important to NASA, it gets its own category on the agency website next to those for the International Space Station and NASA’s Mars initiatives.

But earlier this year, the U.S. House of Representatives passed an annual budget that slashed NASA’s Earth sciences funds by 25 percent.

With this money, NASA will keep running its fleet of 20 Earth-facing satellites, and continue the development of another 10 for the years ahead. (Video via NASA)

The data from these orbiters informs a constant stream of research studies and other analysis — on everything from rainfall and ice reserves to hurricane behaviors and emissions tracking.

A six-month analysis to show the effects of this year’s rainfall so far? Thank the Global Precipitation Measurement satellite constellation. (Video via NASA)

Drought and wildfire tracking in California? That’s GRACE, and instruments aboard the Aqua satellite.

And researchers even use these eyes in orbit to help predict the movements of endangered whales.

Keeping all of these going is a high priority for NASA administration. In April and May when the House was weighing its cuts, NASA head Charles Bolden said for all the exploration NASA spearheads to other planets, "none is more important than the one on which we live." (Video via NASA)