What Drives Attacks On US Places Of Worship? 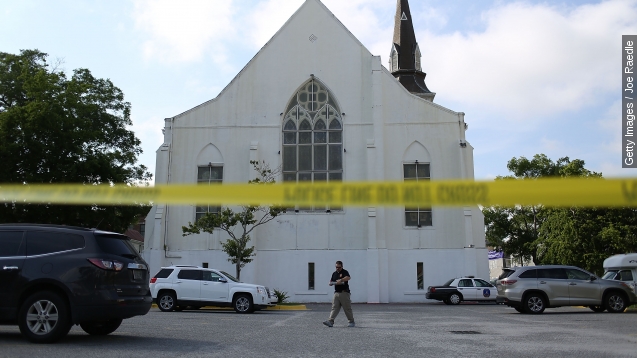 SMS
What Drives Attacks On US Places Of Worship?
By Melissa Prax
By Melissa Prax
December 20, 2015
A recent report shows a spike in attacks on U.S. mosques this year, but other religious buildings have also been targets of violence or vandalism.
SHOW TRANSCRIPT

There's been a wave of attacks on religious buildings across the U.S.

According to a study from the Council on Islamic-American Relations, there were more attacks on U.S. mosques in 2015 than there had been in the previous five years. (Video via WVIT)

These numbers include vandalism, harassment, intimidation and "clearly identified" bias in zoning proceedings. (Video via ABC)

And it's not just mosques. There were five Hindu temple attacks in the first half of 2015, despite a growing Indian population in the U.S. (Video via WFAA)

And at least 10 black churches were targeted. Of those 10, nine were cases of arson, which is historically a problem for black churches. (Video via WMAZ)

A law signed in 1996 made it easier to prosecute perpetrators who commit crimes against black churches. (Video via WATE)

Going back a few years, there's been a spread of attacks against various places of worship, like the shooting at a Sikh temple in Wisconsin in 2012. (Video via ABC)

There were also four synagogue attacks, all within the first two weeks of that same year. (Video via WRC-TV)

Perception about religion likely plays a part in some of these attacks. In 2014, a study from Pew Research Center found that overall, Americans tend to feel most positive about Jews, Catholics and evangelical Christians and least positive about Mormons, atheists and Muslims. (Video via TED Conferences)

That study also shows the average rating given to these groups could have something to do with familiarity. For example, only 38 percent of participants said they knew a Muslim. More participants were familiar with Catholics, evangelical Christians and Jews.

So is there a solution? Some hope the introduction of a recent resolution into the House will at least help. Aimed at combating Islamophobic rhetoric and violence, the resolution "urges local and Federal law enforcement authorities to work to prevent hate crimes; and to prosecute to the fullest extent of the law those perpetrators of hate crimes." (Video via C-SPAN)