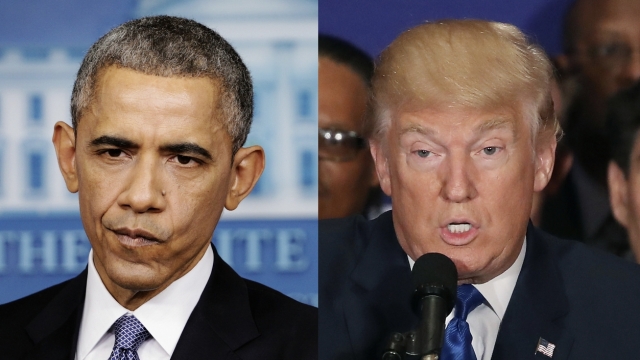 SMS
Trump Spread Birther Rumors. Clinton Didn't. This Video Shows It.
By Zach Toombs
By Zach Toombs
September 16, 2016
Hillary Clinton and Donald Trump are pointing fingers at each other about Obama and birtherism, but one of them deserves all the blame.
SHOW TRANSCRIPT

Donald Trump says Hillary Clinton started the "Obama birther" rumors and that he put them to rest. That's false, as many fact-checkers have pointed out.

Clinton never said anything about Obama being born elsewhere. She said this when CBS asked if she believed he was Muslim.

"Of course not," she said. "There is no basis for that. I take him on the basis of what he says, and there isn't any reason to doubt that."

Trump, on the other hand, spread these rumors about the president's birth for years, including on Fox News, where he said this in 2011:

He said similar things to "The View," at CPAC, to ABC and to others. Even after the president released his long-form birth certificate, Trump continued tweeting birther rumors for years.