What Does Mitt Romney Know About A #NeverTrump Alternative? 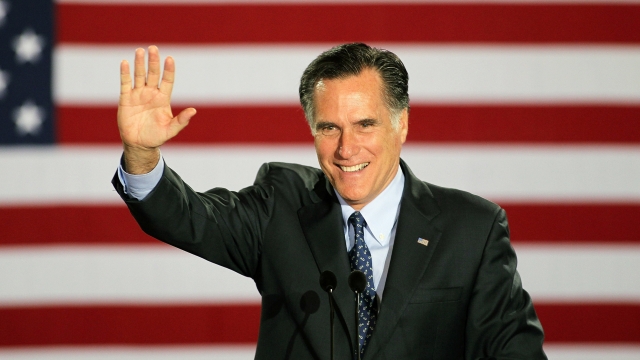 SMS
What Does Mitt Romney Know About A #NeverTrump Alternative?
By Ethan Weston
By Ethan Weston
May 7, 2016
Mitt Romney met with right-leaning editor William Kristol, who picked the 2012 candidate's brain about a possible independent candidacy.
SHOW TRANSCRIPT

William Kristol — editor of the conservative Weekly Standard magazine — is on a mission to make #nevertrump a reality with an independent candidate.

"I'm not with Trump, and I'm not with her. So I'm looking for an independent candidate," Kristol told CNN's Jake Tapper.

And he seems to have set his sights on, among others, former presidential hopeful Mitt Romney.

Which may seem a little weird since Romney said he's not interested in running for president this election.

"There are no circumstances, I can foresee, where that could possibly happen. ... I'm not running for president, and I won't run for president," Romney told Matt Lauer on the "Today" show.

But The Washington Post reports Thursday that Kristol met with Romney in Washington, D.C., to discuss the possibility of an independent campaign with him or at least get his support for the idea if Kristol finds someone else willing to run.

Kristol thinks it's important to have Romney's backing, whether the 2012 nominee wants to run or not.

At an awards ceremony later that night, Romney was asked about possibly running as an independent, but surprise — he said he still wasn't interested.

This video includes clips from CNN, NBC, PBS, Romney for President and Conversations with Bill Kristol and images from Getty Images.