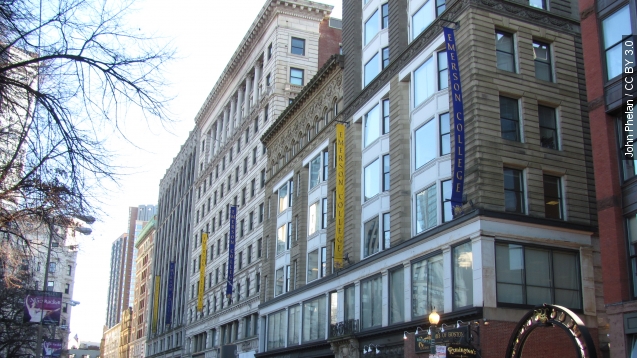 The rankings can help prospective students get a sense of different colleges they might be applying to, with categories like best classroom experience and best campus food. (Video via The Princeton Review)

But some categories have higher stakes than others. For example, one list ranks how LGBTQ friendly or unfriendly a campus is. (Video via NBC)

Rob Franek is the senior vice president and publisher at the Princeton Review. He also wrote the introduction to the company's book "The Gay and Lesbian Guide to College Life."

A pretty important category when you consider that LGBTQ college students more often seriously considered leaving their school and feared for their physical safety due to their sexual identity compared to their non-LGBTQ counterparts, according to a report from Campus Pride. (Video via Campus Pride) (Video via GLSEN)

"136,000 students participated in the survey for this year's book," Franek said.

The LGBTQ-friendly and LGBTQ-unfriendly rankings are based on how students responded to the statement: "Students, faculty and administrators at my school treat all persons equally regardless of their sexual orientation and gender identity/expression." (Video via Oberlin)

"I think particularly for Emerson and the schools that made it onto the top 20 list ... I think how they are different is that they talk about LGBTQ issues right up at the beginning part of the college process. ... For those students that are LGBTQ, particularly those students who might not be out yet," Franek said.

"But the second thing is exceptional resources for students once on campus. ... I think all of the schools on that list do exceptionally well once a student enrolls," Franek said.

"This is a navigable process, but you as a prospective student, and your family, have to be fearless. So, you equip yourself with great information and then you make sure that you challenge and poke at those issues on campus, when you have the opportunity," Franek said. (Video via Stanford University)

"For students [who] might be on a campus that they feel is unfriendly, this is a hard task at times. You, again, have to be fearless in asking those questions about inclusivity. ... If you're hearing negative response from that, where you're not getting information, and it could be as simple as that ... then, dig a little bit deeper. You should be following any of the LGBTQ groups on campus through social media, any of the [LGBTQ] student groups that are listed on [the college's] website. ... I think those first two [steps] are gonna be pretty revealing for an average prospective student," Franek said. (Video via GLSEN) (Video via College of the Atlantic)