What Do Russians Think Of Russian Strikes In Syria? Not Much 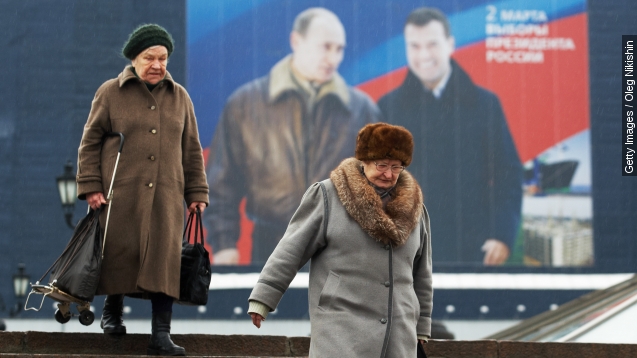 SMS
What Do Russians Think Of Russian Strikes In Syria? Not Much
By Sebastian Martinez
By Sebastian Martinez
October 1, 2015
One thing lost in the coverage of Russia's move into Syria is how the Russian people feel about it. According to polling, one answer might be, "meh."
SHOW TRANSCRIPT

Russian airstrikes in Syria raise the question: What do Russians think about them? (Video via Russian Ministry of Defense)

In two words: not much.

The best phrase to describe what many Russians think about their government's intervention in Syria is probably, "мне всё ровно." It's all the same to me.

A poll from the independent Levada Center found, while 39 percent of responders generally approve of Russian leadership in Syria, 33 percent said they weren't interested in the matter. (Video via Russian Deputy PM Dmitry Rogozin)

Add to that the more than half of responders who said they didn't know much about the conflict or weren't following it closely and you get the impression Russia's Syrian mission is more a priority for the government than its people. (Video via RT)

Russian President Vladimir Putin has emphasized that Russia's mission is about national security — cracking down on Russian nationals who've joined ISIS, and defending Russian interests in the region. (Video via The Kremlin)

But Russian airstrikes have targeted Syrian opposition groups, and the poll found almost as many Russians believed the strikes were actually about asserting Russian power and independence from the West as those who bought the government's line.  (Video via Russian Ministry of Defense)

Russian influence in the Middle East has taken a serious hit since the fall of the Soviet Union.

The Soviets' disastrous campaign in Afghanistan, which had a hand in ending the USSR, will be fresh enough in most Russians' minds. (Video via History Channel)

Which might explain why the poll's responders felt so strongly about one issue: An overwhelming majority of Russians were against sending troops to Syria.

Putin has publicly said combat troops aren't in Russia's plans for Syria, yet.