What Could Be Holding Up The Deflategate Appeal Ruling 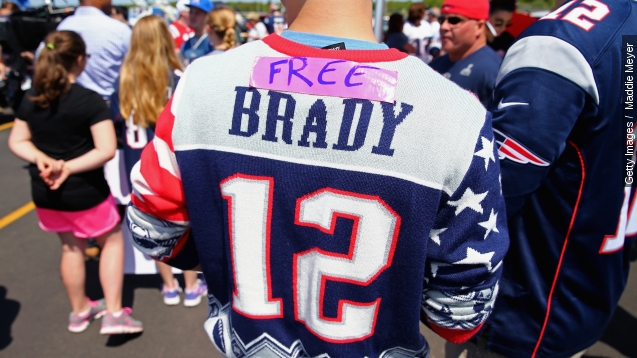 SMS
What Could Be Holding Up The Deflategate Appeal Ruling
By Matt Moreno
By Matt Moreno
July 23, 2015
It has been a month since Tom Brady appealed his four-game suspension; a plea deal is possibly in the works.
SHOW TRANSCRIPT

It's been about a month since Patriots quarterback Tom Brady appealed his four-game "Deflategate" suspension to NFL commissioner Roger Goodell, and we still don't have a decision. It's got many asking: What's the holdup?

A report from NBC Sports' Mike Florio says the two sides are discussing, or at least have discussed, a plea deal. No progress has been made thus far, but it makes sense Goodell would be seeking a non-suspension-involved punishment.

The NFL Players Association has said for weeks it would go to court and contest any suspension handed down to Brady.

A four-game suspension for that — or at least for not cooperating — would be unprecedented, and SB Nation notes docking Brady's pay for a game or two would be more in line.

The outlet says commissioner Goodell is also dealing with pressure from owners to stand firm in his original decision.

There's truly no way to keep everyone happy here, especially for a commissioner whose track record of handing down punishments for league violations is viewed as arbitrary at best.

Florio says that could factor in: "The safest course for him personally would be to hold firm and to force a court to reduce the suspension — since Goodell suffers little or no P.R. consequence when one of his disciplinary decisions is reduced or wiped out by someone else."

Goodell said Tuesday there's no timetable for a response to Brady's appeal.