What Chelsea Clinton Finds 'Most Offensive' About The GOP Platform 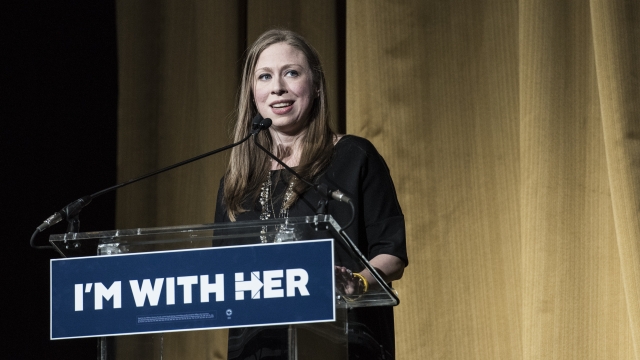 "I've thought about what I find most offensive this week. It's hard," Chelsea Clinton said at the Democratic National Convention. " ... really again ties to me as a mom: the open embrace of conversion therapy in the Republican Party platform."

She continued, "In other words, child abuse."

Here's the thing: The Republican Party's platform never specifically mentions conversion therapy. But the platform does say, "We support the right of parents to determine the proper medical treatment and therapy for their minor children."

That's a line some say refers to the controversial practice of conversion or "reparative" therapy. Its purpose is to change a person's sexual orientation, making them heterosexual.

Many medical and mental health professionals oppose the practice, and a handful of states have banned it for minors.