What Can We Expect If The Boreal Forest Keeps Declining? 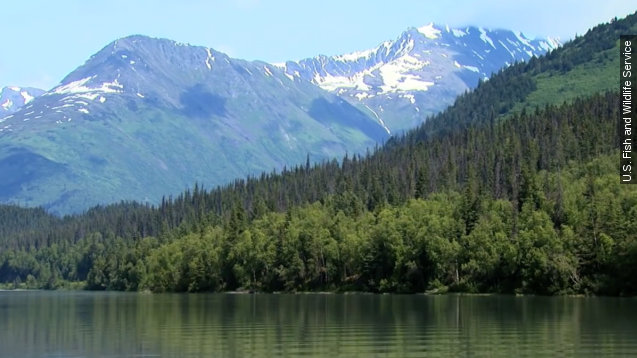 SMS
What Can We Expect If The Boreal Forest Keeps Declining?
By Evan Thomas
By Evan Thomas
August 23, 2015
The largest forests on Earth are declining, thanks to rising global temperatures.
SHOW TRANSCRIPT

The Boreal forest, also known as the Taiga, accounts for roughly 30 percent of the planet’s forested area, across three continents.

It’s also in trouble. While humans live in and move through it, their impact is generally low.

“These forests normally trap vast amounts of carbon. But now, warmer summers are shutting the trees down, reducing photosynthesis.” (Video via Science Magazine)

These trees prefer it cold: Boreal forests in Canada, Russia and parts of Finland and Sweden spend six to eight months a year in freezing temperatures. (Video via U.S. Fish and Wildlife Service)

And according to the Intergovernmental Panel on Climate Change, they will endure the most significant temperature increases of all the planet’s forests during the 21st century. (Video via IPCC)

This swing could be between 4 and 11 degrees Celsius, and could change the whole ecosystem.

And while the Taiga is typically a carbon sink, evidence suggests as it heats up it could start to emit more carbon than it captures.

“In Russia alone, the release of [carbon] from the thawing permafrost by the end of the century could potentially be several times larger than that of current tropical deforestation.”

There’s evidence the forest is trying to literally migrate away from the warmer temperatures. But the climate moves faster than new trees can grow.

Study author Dmitry Schepaschenko says “The forests can't go so far to the north. The speed at which forests can move forward is very slow, like 100 metres a decade.”

If unchecked warming goes on for long enough, scientists say the forest could start to look more like a savannah, with stands of trees in open space rather than unbroken canopy. (Video via U.S. Fish and Wildlife Service)

So what do we do? Replanting the forest isn’t especially effective, since it’s not all that deforested to begin with.

And fire control is a tall order, especially in remote areas. (Video via Canadian Geographic)

The best thing to do, according to the researchers, is to make the Boreal forest, and its future, a more central part of the global climate change discussion. (Video via European Parliament)

They’ve published their findings as part of a special report on global forests in the journal Science. (Video via Science Magazine)