There's A New Political Revolution, With A Very Familiar Mission 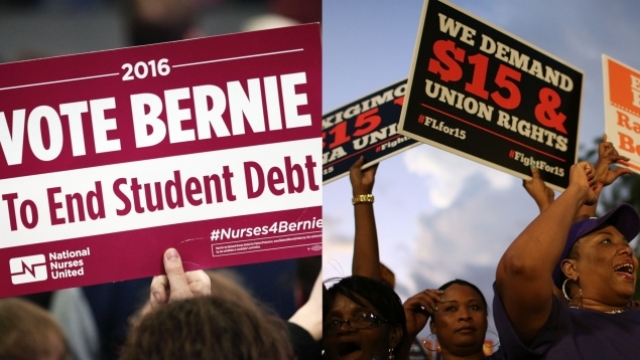 "When you capture by large majorities the young people of this country, it means that our ideas, our vision is the future of this country," Sanders told a crowd of supporters in Vermont on Wednesday.

"The American people are prepared to stand up to a corrupt campaign finance system, a rigged economy, a broken criminal justice system and the global global threat posed by the fossil fuel industry," Sanders explained.

Sanders detailed a number of issues that politicians are campaigning on now that would've been called "crazy" just five years ago, such as free college tuition and a $15/hr. minimum wage.

Those issues are exactly what Our Revolution will lobby for. Sanders reminded supporters of the progressive Democratic platform he helped write with Hillary Clinton — a platform he insists the party will follow through with.

SEE MORE: What Chelsea Clinton Finds 'Most Offensive' About The GOP Platform

"If anybody thinks that that document and what is in that platform is simply going to be resting on a shelf somewhere, accumulating dust, they are very mistaken," Sanders said.

While Sanders helped kick off this campaign, he won't be directly involved with Our Revolution because he's still a sitting senator.