What Are You Supposed To Do On The Summer Solstice? 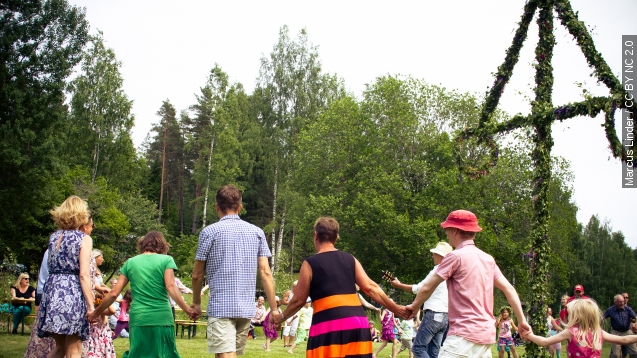 Earthlings in the Northern Hemisphere: Are you hot enough yet? Well, Sunday we're welcoming the longest day of the year.

Right, summer solstice! So besides it being opposite of the winter solstice, how do we explain this annual event?

To understand the summer solstice, you've got to understand the Earth's tilt. It might not feel like it, but the Earth is skewed at a 23.5-degree angle. It's also spinning while spinning — but that's for another day.

"The overhead sun is over the Tropic of Cancer. It receives the largest amount of solar radiation. … On this day, the length of daytime in the Northern Hemisphere is the longest of the year," according to an explanation in a video from the Kurdistan Planetarium.

As the National Oceanic and Atmospheric Administration points out, the name itself speaks to the length of day: "The word solstice comes from Latin solstitium or sol (the sun) + -stit-, -stes (standing)." Basically, it'll feel like the sun is standing still.

Since most places up north can expect somewhere around 16 hours of daylight on the summer solstice, it’s a good time to soak up some rays. But the annual event also coincides with many formal traditions.

In Scandinavia, for example, they celebrate Midsummer, a historically Pagan celebration in which people feast and dance around a maypole. (Video via Sweden.se)

They also drink and sing — at the same time. "We recommend two beers per nube. This will improve both your singing and your Swedish," a participant said.

In some Christian traditions, people celebrate the nativity of St. John the Baptist through feasts and bonfires.

If you’re confused on what to do for summer solstice, just eat or take a picture of the sun. You'll have plenty of time for both.

This video includes images from Getty Images and Bartolomeo Veneto and music by Bensound / CC BY ND 3.0.