What Are The Greatest Threats To The US? 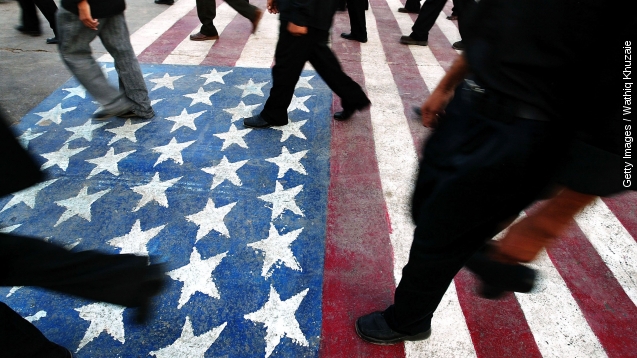 SMS
What Are The Greatest Threats To The US?
By Jake Godin
By Jake Godin
July 26, 2015
A recent Gallup poll asked Americans what they considered the greatest threats to the U.S. Do those numbers align with the government's perception?
SHOW TRANSCRIPT

What Do Americans Perceive as the Greatest Threats to the U.S.?

Russia (Video via President of Russia)

But which is the greatest actual threat? (Video via U.S. Army)

"My assessment today, Senator, is that Russia provides the greatest threat to our national security," said Marine Gen. Joseph Dunford.

"But the biggest threat of all is the nuclear ambitions of the radical Islamists who control Iran," said Sen. Lindsey Graham.

"Now you say ISIL, some of us say ISIS, some say Islamic State. It's all the same thing. Is that now a bigger threat to the U.S. homeland than Al-Qaeda?" Wolf Blitzer asked.

"So I'm here today to say that climate change constitutes a serious threat to global security, an immediate risk to our national security," said President Obama.