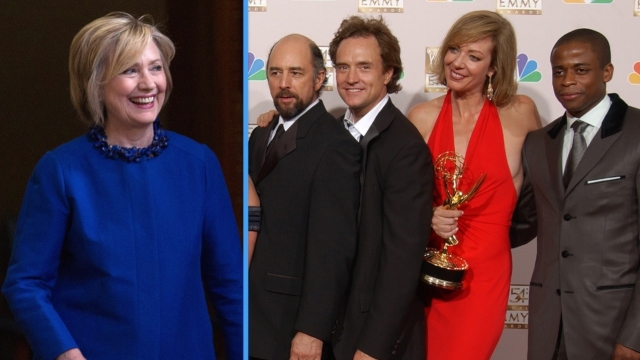 Stars of "The West Wing" are trying to get Hillary Clinton into — you guessed it — the Oval Office.

They'll campaign for the Democratic nominee over the weekend in the battleground state of Ohio. Several polls show Donald Trump leading Clinton in the Buckeye State.

Martin Sheen (aka President Bartlet) won't be there. But Sheen hasn't been shy about sharing his opinion of Trump.

But do celebrity endorsements do anything for a campaign?

They certainly draw media attention. And with just weeks left in the campaign, candidates will take all the free airtime they can get.

Celebrities can also draw people to a campaign event they might not go to otherwise.

And as The Boston Globe pointed out, famous people can help fundraising efforts.

Think about it. Clinton and Trump have high unfavorable ratings. Would one of them or a celebrity be more likely to convince the average person to donate?

"The West Wing" stars are just the latest celebs to show support for Clinton. Trump has also had his share of famous faces endorse him.