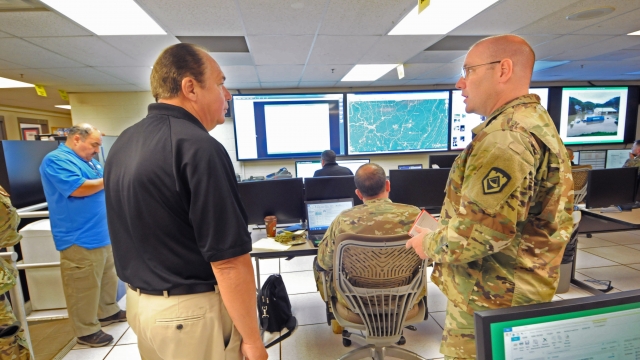 SMS
West Virginia Governor Says Deadly Flooding Is Among The State's Worst
By Samantha Crook
By Samantha Crook
June 24, 2016
As of Friday evening, at least 23 had died in the floods, and rescuers were still battling high waters.
SHOW TRANSCRIPT

Severe flooding in West Virginia has killed at least 23 people.

Rescue operations are ongoing, but officials are still battling high water. State officials report more than 100 homes have been seriously damaged or destroyed and 60 roads are closed.

West Virginia Gov. Earl Ray Tomblin issued a state of emergency for 44 of the state's 55 counties. He said in a statement, "The flooding we experienced Thursday and into today is among the worst in a century for some parts of the state."

As of Friday, 200 National Guard members were "actively assisting" in eight counties. The governor authorized up to 300 more to help.

This video includes images from Governor Earl Ray Tomblin / CC BY ND 2.0 and clips from WSAZ and WOWK.