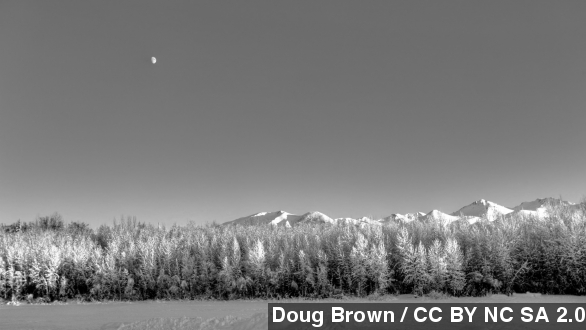 It's really cold and really ... happy?

KTUU asked, "Back here in Alaska, what's the secret to a long, happy life?"

Maybe the secret is the cold? If you live in Alaska, you're living the American dream, apparently. And you're really happy about it. (Video via National Geographic)

The Last Frontier State was deemed the happiest in America by the 2014 State Well-Being ranking put out by the Gallup-Healthways Well-Being Index this year.

The index included more than 2 million surveys and looked at things like a sense of purpose, supportive relationships and good health to determine a state's happiness ranking. It has put out a list the last seven years.

Hawaii held the top spot, understandably, from 2009 to 2012. This year, it came in second. It's the first time Alaska has been in the No. 1 spot. South Dakota was No. 3. (Video via Discovery)

And even if they didn't make the top three, other states were eager to tell viewers where their state fell.

KSDK's take: "6:37, 1 degree. A new study says people in Missouri and Illinois are some of the least happy people in America."

And on KARE: "And in Minnesota, we slipped from No. 4 last year to No. 11 this year. Minnesota scored in the top 10 at least three times in recent years."

Hawaii and Colorado have been in the top 10 since 2008. Sand and skiing — can't beat that.

Kentucky and West Virginia were at the bottom of the list and have been for six years. Better luck next year, guys.