Welcome To The Profanity Primary 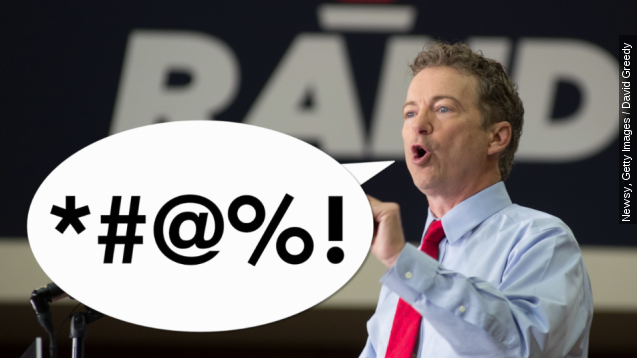 "It's political bull****, do you understand?" Donald Trump recently asked.

Welcome to the profanity primary.

"I'm sick and tired of hearing about your damn emails," Bernie Sanders said in a debate.

Previous contenders have been a bit more subdued.

So why all the foul language this cycle? The New York Times' explanation: "a play for machismo, perhaps, particularly as national security becomes a chief focus, or a signal of vitality, rawness, a willingness to break through the din.

Trump often says, "Would I approve waterboarding? You bet your ass I would."

"Are you allowed to use profanity?" Paul asked.

Damned if we know.