Weddings Aren't As Important In 'My Big Fat Greek Wedding 2' 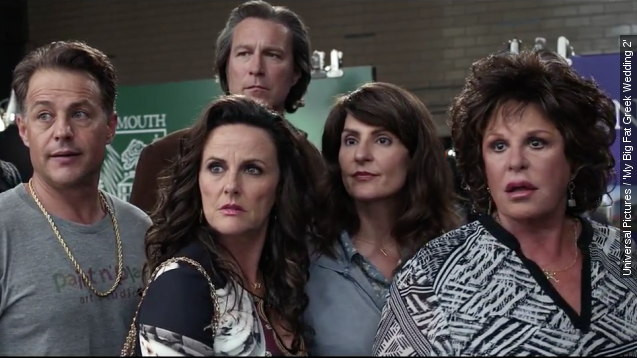 Ian, Toula and everyone from the Portokalos family has emerged from a 13-year hiatus for a follow-up to the cult classic.

We expect to see a slew of differences, but have no fear — there will still be Greeks breaking traditions, an ornate marriage, and thank the gods, a zany aunt with the best advice.

Ian and Toula now have a daughter who's ready to fly far away from the nest full of too many Nicos. She's far more independent, let alone more fashionable, than Toula was in her young age.

It seems the film has a sort of feminist element that redefines women, weddings and how necessary a piece of paper is to validate love.

It turns out the plot twist is that Toula's parents never got their marriage license signed, despite being together for decades.

It took a long time for fans to get a sequel, and star Nia Vardalos said on NBC's "Today" show that she needed to become a mom in order to finally write the next chapter.

"Once I became a mom, I understood all those feelings. And on my daughter's first day of kindergarten, and somebody said something, and that was it. I had the idea for what the sequel would be," Vardalos said.