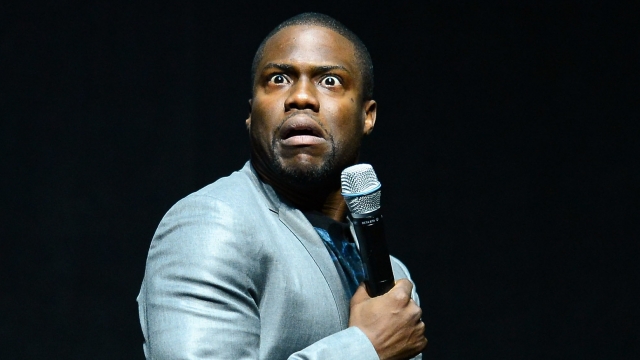 Here's something that sounds like a bad joke: Kevin Hart may be quitting stand-up comedy.

The comedian just wrapped 156 shows, over 112 cities, in 13 countries, across five continents. At CinemaCon on Wednesday, Variety reports Hart saying, "I don't know if I'm ever going to go out and do it again," adding his "What Now?" gig was his "last f****** tour."

Hart is one of the most successful stand-up acts to grace the stage in recent history. His last tour banked $100 million, and Hart became the first comedian to sell out an NFL stadium — the funny guy filled the seats in Philadelphia, selling 50,000 tickets at Lincoln Financial Field.

"That's why I'm getting so big. You guys see these arms? That's an action-star arm," Hart said to Access Hollywood.

Hart seems to want to ditch the road and make Hollywood home. He co-stars alongside Dwayne "The Rock" Johnson in his latest film "Central Intelligence," which premieres June 17.

As for the looming letup of Hart's stand-up act, he's already said exactly how I feel.