We've Waited 3 Decades For The Moon To Do This 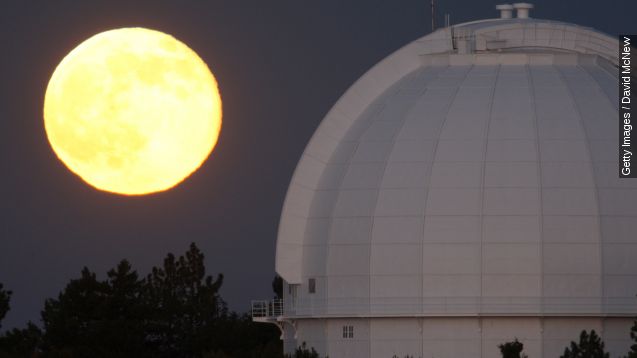 SMS
We've Waited 3 Decades For The Moon To Do This
By Katie Link
By Katie Link
September 3, 2015
Mark your calendars for Sept. 27. That's when scientists say a supermoon lunar eclipse will rule the sky for the first time in 30 years.
SHOW TRANSCRIPT

Mark your calendars for Sept. 27 because all of us earthlings are in for a treat. Here's a simple breakdown of what a supermoon lunar eclipse is.

There are two players in this game. One is the supermoon. A moon is considered "super" when a full moon reaches the closest point to Earth on its elliptical orbit. This makes it appear about 14 percent larger and about 30 percent brighter.

The other player is the lunar eclipse. These happen fairly often, just not at the same time as a supermoon. A lunar eclipse happens when the moon passes directly behind the Earth into the shadow the planet casts from the Sun. (Video via NASA)