We've Been Pronouncing Voldemort's Name Wrong All Along 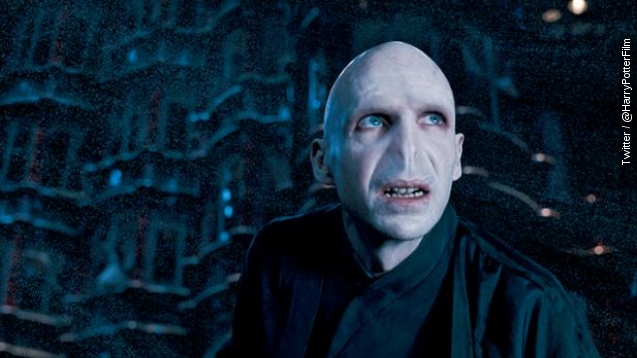 SMS
We've Been Pronouncing Voldemort's Name Wrong All Along
By Lexie Hammesfahr
By Lexie Hammesfahr
September 10, 2015
Harry Potter fans are at a loss for words after JK Rowling corrected the pronunciation of one major character's name ... eight movies later.
SHOW TRANSCRIPT

Since Harry Potter took over pop culture, we've learned to fear Voldemort and everything about him. But we probably should've felt his wrath a long time ago because apparently we've been pronouncing his name wrong the entire time.

"Lord Voldemort, himself!" one anchor said.

"This is going to be Harry's last chance to finish the Voldemort problem," Daniel Radcliffe said.

If you'll notice, everyone pronounces the Harry Potter villain's name with a hard 'T': Voldemort. Including Ralph Fiennes, who plays Voldemort, and Harry Potter himself, Daniel Radcliffe.

But J.K. Rowling left Potter fans questioning the meaning of life (again) Wednesday night when she replied to a tweet concerning the correct pronunciation. Apparently the 'T' in Voldemort's name is silent, so it's actually pronounced "Vol-de-more." (Video via Warner Bros. / "Harry Potter and the Order of the Phoenix")

Just take a moment really quickly to let that sink in.

But really, there's only one person to blame here, and it's JK Rowling herself. After all, she consulted on the movies, meaning she had — oh, I don't know — eight movies to correct the actors' pronunciation.

Apparently He-Who-Must-Not-Be-Named chimed in on the conversation in 2010. He posted a tweet saying, "Yo my names Voldemort & the t is silent, but don't say my name or imma get violent #FreestyleFriday."

Let's all be thankful he didn't get violent over this.