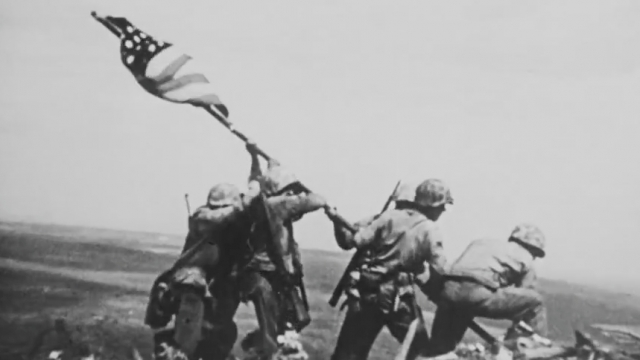 SMS
We Might Not Know Who Was In That Famous WWII Iwo Jima Photo
By Ben Lawson
By Ben Lawson
May 3, 2016
The Marines Corps is investigating whether it misidentified one of the men in an iconic photo from World War II.
SHOW TRANSCRIPT

The Marine Corps is investigating if it misidentified one of the men in an iconic photo from World War II.

One of the men was originally thought to be Navy Corpsman John Bradley. Bradley's son eventually wrote a book about the photo called "Flags of Our Fathers," which was eventually made into a movie.

But two amateur history buffs think Bradley isn't in the photo at all. In 2014, the Omaha World-Herald reported on their research.

And now the Marine Crops has released a statement saying it's looking into the image but didn't give a timeline for the investigation.

This video includes clips from the U.S. National Archives and Paramount Pictures / "Flags of our Fathers" and an image from Associated Press / Joe Rosenthal.