We Really Shouldn't Have Watched The Panda Birth Livestream 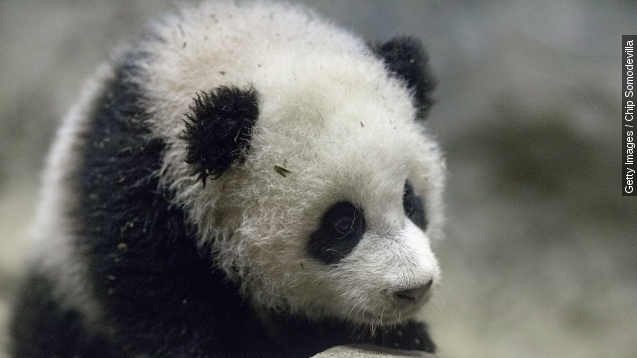 Congratulations everyone, the U.S. national panda population has just gone up by one.

Mei Xiang, a giant panda housed at the Smithsonian National Zoo, went into labor Friday and emerged half an hour later with a healthy baby cub.

And because it's 2015, the zoo livestreamed the entire birth start to finish on their website and app. And frankly, that's something we could do without. Thanks!

Look, the idea makes sense on paper. Baby animals are adorable, and baby panda cubs doubly so. Just look at Mei Xiang's previous offspring if you need any proof of that.

And since zoo animals are constantly under camera surveillance 24/7, there's no reason not to give the general public their baby animal fix as soon as biologically possible, right?

But the miracle of animal birth isn't always pretty to watch. Take the Animal Planet's live stream of a giraffe giving birth at the Dallas Zoo. Maybe we're squeamish, but that doesn't look pleasant.

Maybe we're in the minority here, though — apparently, enough people tuned in to the livestream to break the zoo's website momentarily.

Zoo veterinarians are still waiting to get their hands on the new cub so they can measure its length, weight and check its sex. If everything goes well, the cub could be making public appearances in about 5 to 6 months.