We're Getting Closer To Stopping Ebola 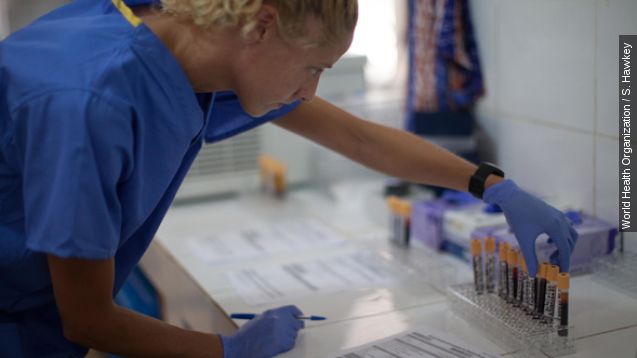 SMS
We're Getting Closer To Stopping Ebola
By Jake Godin
By Jake Godin
July 31, 2015
Trials of a new Ebola vaccine have been successful in preventing the disease.
SHOW TRANSCRIPT

Described as a potential "game changer," a new Ebola vaccine could save countless lives. (Video via World Health Organization)

VSV-EBOV underwent a trial in Guinea between April 1 and July 20 of this year.

The vaccine had a 100 percent success rate in preventing new Ebola cases.

Once it was determined a person had Ebola, the researchers vaccinated a "ring" of family and friends close to the diseased person. Some were vaccinated immediately, while others received delayed vaccinations.  (Video via World Health Organization)

None of the patients who were vaccinated immediately contracted the virus. Of the group who received delayed vaccinations, 16 contracted Ebola.

The trial will now expand its patient criteria to children ages 13 to 17. It'll also be given immediately to all of the patients, rather than having a separate group receiving a delayed vaccination. (Video via Doctors Without Borders)

Since its outbreak early last year, Ebola has killed more than 11,000 people in Sierra Leone, Liberia and Guinea — the three countries hit hardest by the disease. (Video via World Health Organization)