We're Bringing #TheDress Back ... You're Welcome 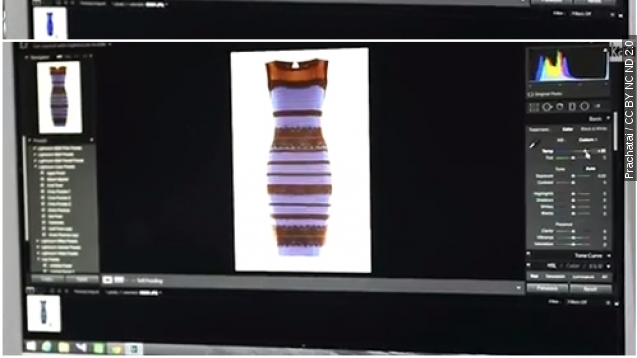 And you thought you'd never see another headline about this again ...

You know, the dress. That one. The one that almost started World War III because no one could agree on whether it was actually white and gold or blue and black. Our writer says white and gold.

Oh, did we just insert our bias into a story? Yes. Yes, we did.

Well, researchers who clearly had too much time on their hands decided to explain why everyone saw different colors. They published their findings in the journal Current Biology.

We already knew the dress was actually blue and black. We don't want it to be true, but ... it is.

But why? Why does it look so different depending on whom you ask? Well, thank you, science. Here's the answer.

So it truly is in the eye of the beholder.

And regardless, the dress has been released in both colors now. So let's just lay this one to rest, OK?

This video includes images from Andrew Whalley / CC by NC 2.0 and Adoniscik.