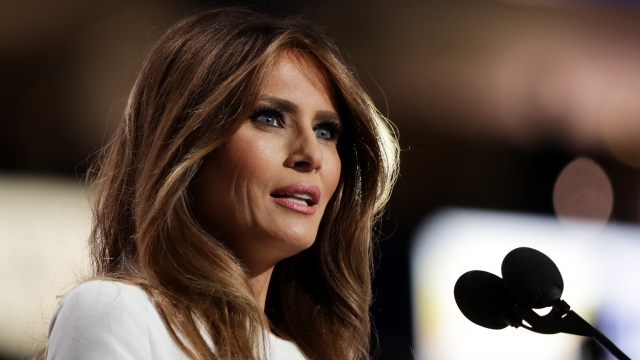 After Melania Trump faced more than a day of plagiarism allegations for her RNC speech, Donald Trump's campaign has named the main person responsible.

It's Meredith McIver, a staff writer for The Trump Organization, according to a statement the Trump campaign released Wednesday.

The statement, written by McIver, said Melania Trump shared some of the people who inspired her. Trump apparently read McIver some quotes from Michelle Obama's 2008 speech.

According to the statement, McIver wrote those quotes down and included them in the final speech but said she never checked Michelle Obama's 2008 speech.

McIver wrote: "This was my mistake, and I feel terrible for the chaos I have caused Melania and the Trumps, as well as to Mrs. Obama. No harm was meant."

According to the statement, McIver offered her resignation to Donald Trump and his family on Tuesday. However, they rejected it, saying people "make innocent mistakes and that we learn and grow from these experiences."

Shortly before the statement was released, Trump tweeted, "Good news is Melania's speech got more publicity than any in the history of politics especially if you believe that all press is good press!"

McIver says she urged the campaign to release the statement because she didn't want the issue to detract from the campaign.

She wrote, "Today, more than ever, I am honored to work for such a great family."

This video includes clips from C-SPAN and Donald J. Trump for President Inc. and images from Getty Images.