We Might Be More Productive When We Work From Home 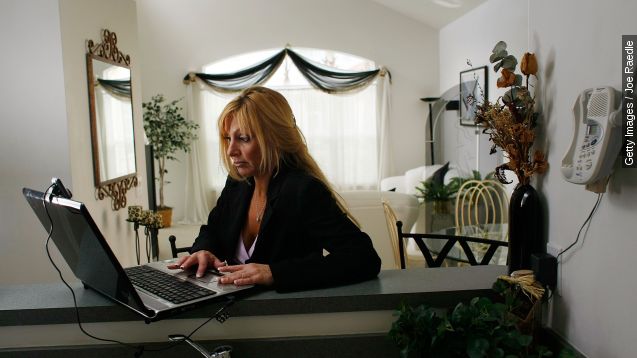 SMS
We Might Be More Productive When We Work From Home
By Katie Link
By Katie Link
September 28, 2015
A new survey says most employees get more work done outside of the office.
SHOW TRANSCRIPT

If you're not productive at the office, blame your co-workers. That's what most people said, according to a survey released by FlexJobs.

Seventy-six percent of people said they're more productive working from home because it's void of those chatty colleagues. (Video via NBC / "The Office")

The 2,600 survey participants were asked to choose the location where they got the most important work finished. Fifty percent chose their homes, and 12 percent chose an outside location, like a coffee shop or library.

According to survey results, only 24 percent of people said they're most productive at the office during normal hours.

The shift in work styles may be a result of increased access to technology.

According to stats from Global Workplace Analytics, telecommuting increased nearly 80 percent from 2005 to 2012.

The site estimates as many as 50 million people in the U.S. could and want to work remotely.

Working from home has seen a steady increase in the past decade. The U.S. Census Bureau says from 1997 to 2010, 4.2 million workers traded the office for their living room.

And statistics show that these people do seem to be more productive. A Harvard University study of first-time home-workers showed performance spiked 13 percent in the first nine months of the switch; employees said quieter working conditions and fewer breaks helped productivity.

So maybe it's time we sit down with the boss and push for every day to be pajama day. No harm in trying, right?

This video includes images from Getty Images, Kate Hiscock / CC BY 2.0 and Olle Svensson / CC BY 2.0.