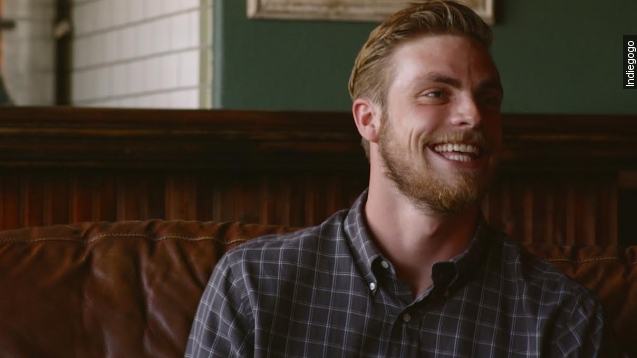 Calling all you singles! In case you missed the CNN Republican presidential debate Wednesday night, there was a seriously hot guy sitting behind moderator Jake Tapper.

"Would you feel comfortable with Donald’s finger on the nuclear codes?" Tapper asks.

His name is Greg Caruso, a 24-year-old University of Southern California graduate and aspiring filmmaker. His father, Rick, is a billionaire California real estate developer.

Hear that? Hot and rich. Caruso says he takes film inspiration from the Golden Age of Cinema and film noir and recently made a documentary about American masculinity.

Even more swoon-worthy, he was a star quarterback and defensive back in high school and walked on to the USC football team as a safety.

He's been called the night's "real winner," seeing as how social media had a meltdown thanks to the trending hashtag #hotdebateguy.

Unfortunately, we're not going to be able to (casually) stalk him on social media — according to CNN, Caruso doesn't have a personal Facebook or Twitter.

Caruso told CNN he found out about his social media fame after friends texted him about it.

If you're wondering about his take on the debate: "Carly Fiorina did a great job and was in her element. That was the highlight of the debate to watch her. She held her own."

And if you're pondering the more pressing question of his relationship status, that's unfortunately still up in the air. There was a woman sitting next to him — is there a connection? These are the answers we need.