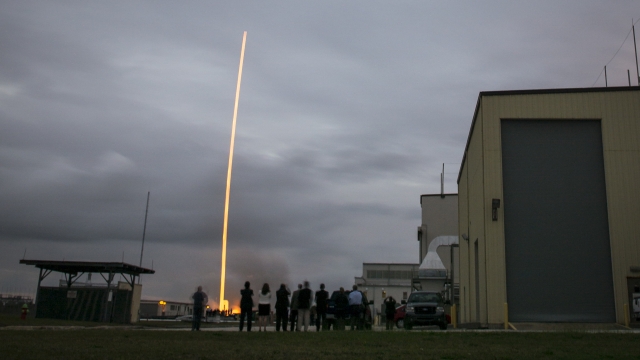 SMS
We Can Neither Confirm Nor Deny A Spy Satellite Is Launching Thursday
By Ryan Biek
By Ryan Biek
June 9, 2016
The satellite is scheduled for a 2 p.m. EST launch from Cape Canaveral on Thursday.
SHOW TRANSCRIPT

A classified American spy satellite is slated for a rocket launch Thursday from the Cape Canaveral Air Force Station in Florida.

Florida Today reports the rocket has three core boosters put together — which may come in handy for the 15,000 pounds the spy satellite is speculated to weigh.

Not much has been revealed about the satellite, but it's being guessed that it will fly 22,000 miles above the equator and eavesdrop down below.

It may take a little longer than planned to get there though. According to WKMG, there's only a 40 percent chance of favorable weather during the scheduled launch time Thursday afternoon.

Whatever the National Reconnaissance Office plans to put into orbit must be pretty special, since the version of the rocket it commissioned from Boeing and Lockheed Martin has only flown eight times in the last 12 years. The Verge notes most of those eight flights have been for the NRO.