We Believe LeBron James Could Fly In The Next 'Space Jam' 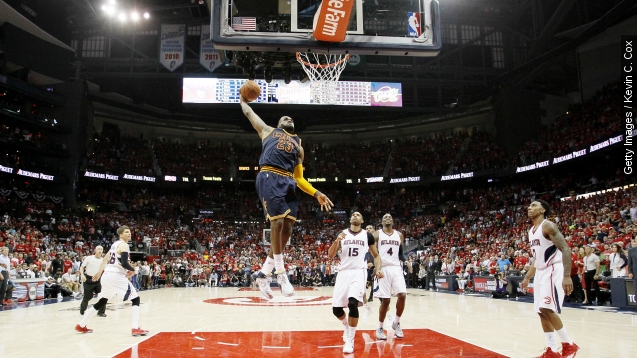 Critics thought NBA star LeBron James was a standout in the rom-com "Trainwreck."

And his acting career could just be getting started. The Wall Street Journal reported Wednesday that James and his production company, SpringHill Entertainment, will partner with Warner Bros. Entertainment to, presumably, make stuff.

Like "Space Jam 2," right? There hasn't been any announcement, so no jump ball just yet, MJ and Tweety. (Video via Warner Home Video / "Space Jam")

But it does give those 2014 rumors about a sequel starring James some serious fuel. Last year, Deadline reported the children of broadcast legend Dick Ebersol were on board to produce and write "Space Jam" version 2.0. (Video via Warner Home Video / "Space Jam")

And Capital New York reporter Alex Weprin tweeted Wednesday that Warner Bros. filed new trademarks for "Space Jam" just last month. Mix all these announcements together, and it seems like we're just moments away from a Tune Squad-Monstars scrimmage.

And James has tried his hand at entertainment before. He made an appearance in HBO's "Entourage" and is listed as a producer for the Starz series "Survivor's Remorse." This Warner Bros. deal could be a way to build on those projects and more. (Video via HBO / "Entourage," Starz / "Survivor's Remorse")

Personally, I'm crossing my fingers for a live-action "LeBrons" series like his old Nike commercials.

And while we're making a wish list, I'm also hoping Seal and R. Kelly are back in the studio making new music because you can't have a "Space Jam" sequel without a dope soundtrack.

This video includes images from Getty Images and music from Jenova 7 / CC BY NC SA 3.0.