Waze Got A Jumpstart That Might Save Your Battery 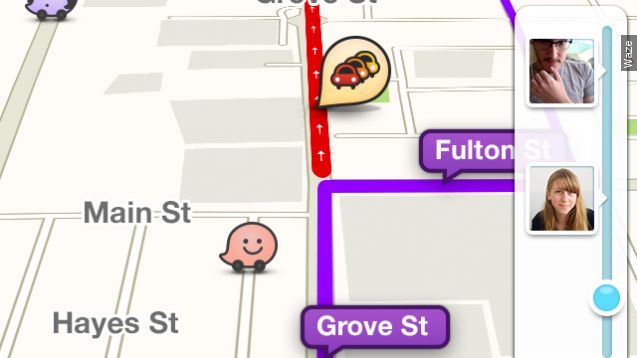 SMS
Waze Got A Jumpstart That Might Save Your Battery
By Mari Jo Valero
By Mari Jo Valero
October 20, 2015
The new version of the Waze driving app is here. It has a cleaner look and isn't as battery-hungry.
SHOW TRANSCRIPT

Navigation app Waze just got its first facelift since 2013.

Version 4.0 tones down the popular app's bubbly features and large icons in hopes of making it more user-friendly. (Video via Waze)

The update includes a decluttered map that makes sending traffic reports and participating in the Waze community simpler.

It also allows users to more easily share directions or their location with contacts.

Users can also sync their calendar to the app so they can receive alerts when it's time to leave based on how bad traffic is.

Although many people charge their phone on their way to work, this new version eats up less battery life, which is definitely a plus. In short, everything in the app requires fewer taps, making features faster and easier to use.

Don't worry, though. Waze didn't get rid of everything you've come to know and love, including its trademark cartoon-ish icons.

This is the first major update of the app since Google bought Waze in 2013 for $1.3 billion.

But not everyone is happy with the new version.

A TechCrunch writer says, "Waze still struggles with offering a truly clean-looking map" and says the app should get rid of the mph button and greetings when the user is not en route.

The updated Waze app is now available for download on iOS devices and is coming soon for Android devices. (Video via Apple)