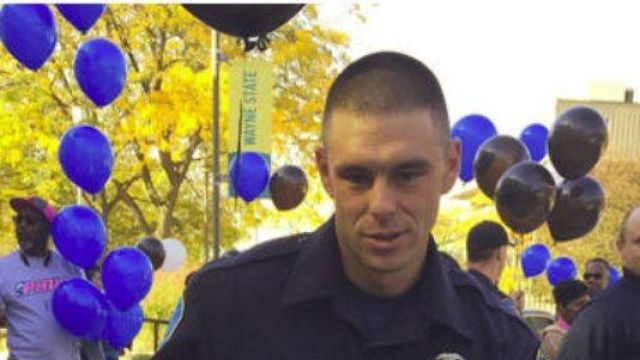 Collin Rose, a campus police officer at Wayne State University, died Wednesday after being shot in the head while on duty.

Newsy's partners at WXYZ report Rose was shot off campus after he stopped someone riding a bicycle Tuesday night. It's not clear why the stop took place, but police say Rose was investigating a rash of car break-ins in the area.

SEE MORE: In Just 24 Hours, 4 Police Officers Were Shot In The Line Of Duty

Rose was on the university police force for five years. He served in the K9 unit with his partner "Wolverine," named in memory of a Detroit police officer shot and killed in 2013.

Authorities took 31-year-old Deangelo Davis into custody in connection with the shooting. Police say Davis was witnessed riding the bike involved in the incident.