Watching The Super Bowl At Home Is Expensive, Too 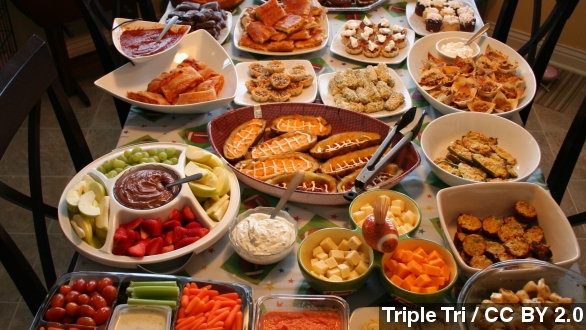 SMS
Watching The Super Bowl At Home Is Expensive, Too
By Madison Burke
By Madison Burke
January 30, 2015
National Retail Federation estimates the average person watching the game on TV will spend more than $75 on clothes, food, beverages and more.
SHOW TRANSCRIPT

Not going to the Super Bowl will cost you. Yep, you heard that right.

The National Retail Federation estimates the average person watching the game on TV will spend $77.88 this year, up $9.61 from last year. NRF officials say renewed confidence in the economy is likely behind the increase.

The NRF got these findings from its Super Bowl Spending Survey which shows of the more than 75 percent of participants planning to watch the game, nearly 8 in 10 will purchase food and beverages, nearly 11 in 100 will buy team apparel, and nearly 9 in 100 will even buy a new TV.

"Retailers will take full advantage of the expected traffic from avid fans by making sure they have adequately invested in décor, party food and accessories and other Super Bowl-related inventory," NRF President and CEO Matthew Shay said.

One of biggest benefactors of the Super Bowl retail spike will likely be chicken wing producers, as America is expected to eat 1.25 billion chicken wings on Super Bowl Sunday.

Bloomberg reports farmers have been giving chickens extra feed to fatten them up in anticipation of the Super Bowl, but a smaller supply of actual chickens has caused the price of chicken wings to rise 6.6 percent this month to $1.69 a pound.

And, of course, restaurants and bars are also expected to enjoy increased business during the Super Bowl. According to the report, more than 13 million people are planning to watch the big game at a local joint.

This video includes images from Triple Tri / CC BY 2.0, Kevin Harber / CC BY NC ND 2.0 and the U.S. Department of Agriculture.