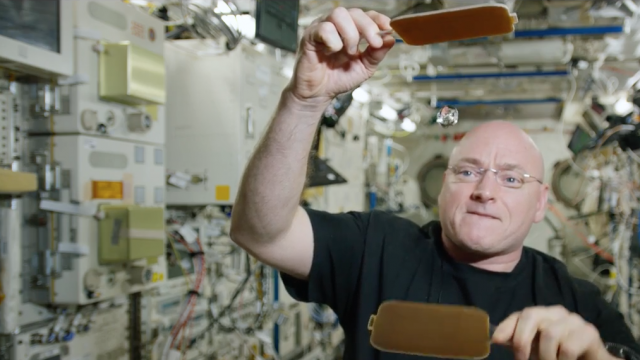 This is the longest International Space Station mission in history. And it looks like they're having fun.

That's Scott Kelly playing pingpong. He's been on the ISS for 10 months.

He uses hydrophobic paddles. They work "kind of like a raincoat."

The ball is a water droplet in microgravity.

So what else are they doing?

"Our mission here is to understand the effects, mostly the effects on our physiology and psychology, of long-duration spaceflight, so we can eventually go onto Mars," Kelly said.

The one-year mission ends in March. (Video via NASA)