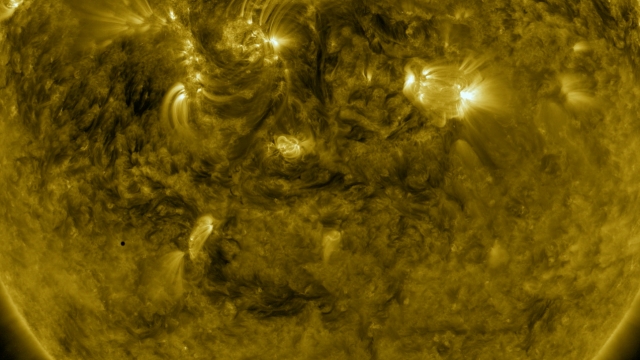 SMS
Watch Mercury Transit The Sun In High-Res Without Melting Your Eyes
By Leah Becerra
By Leah Becerra
June 2, 2016
In May, the planet transited across the sun for the first time in nearly a decade.
SHOW TRANSCRIPT

So you missed Mercury's first transit across the sun in nearly a decade.

Lucky for you, NASA took super high-resolution footage of the planet's passage.

So now you can watch the impressive sight — no protective eyewear needed — from the comfort of your computer chair.

You can thank NASA's Solar Dynamics Observatory spacecraft for these images.

Mercury makes this trek about 13 times each century, and the next chance you'll have to see the planet's transit with your own eyes won't be for at least another three years.