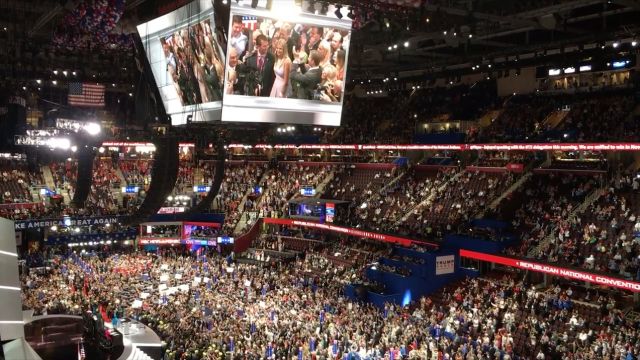 On the Republican National Convention floor, Donald Trump Jr. said: "It is my honor to be able to throw Donald Trump over the top, with a delegate count tonight, with 89 delegates. Congratulations, Dad. We love you!"

Donald Trump's official nomination as the Republican Party's presidential candidate was announced by his son Donald Trump Jr., acting as a delegate from New York.

SEE MORE: Texas Is The Best-Dressed At The Republican Convention

Trump Jr. said: "Even in the places that aren't so conservative, we've had such incredible support. You won't believe it. We're going to put New York into play this time around."

As Trump's home state, New York chose to go out of turn in order to be the state whose delegates officially put Trump over the 1,237-delegate threshold.