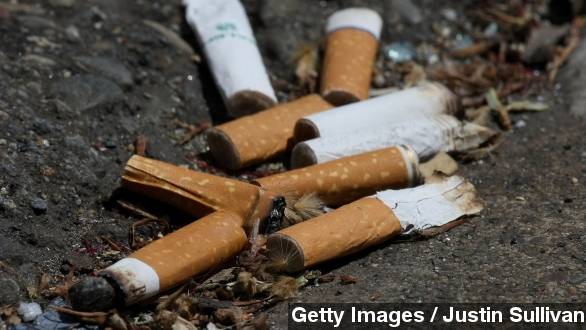 Washington could become the first state to raise its legal smoking age from 18 to 21.

On Wednesday, Washington Attorney General Bob Ferguson backed a bill that would increase the age requirement for all tobacco products. Identical bills have been filed in the state's House and Senate proposing the changes.

We've seen similar measures go into effect in cities and counties across the country, including New York City and Needham, Massachusetts.

In a statement, Ferguson noted how the city of Needham has seen high school smoking rates drop by more than half since the legal age was raised.

Those in Washington who support the bill say it could lower health care expenses in the state, since a number of smokers become addicted early on. It's estimated smoking accounts for about $2.8 billion of health care costs in the state of Washington.

Ferguson said, "Research shows the young adult brain, still developing between 18 and 21, is highly susceptible to nicotine addiction. ... This bill is an important step toward keeping nicotine out of the hands of kids and young adults."

But, a measure like this would also likely cost the state. If passed, the state would lose about $20 million a year in tobacco taxes through 2017.

Currently, it's legal to start smoking at age 18 in most states, but some have 19 the legal age.

New Jersey, Utah and Colorado have all had bills proposing to raise the minimum smoking age to 21, but they were never passed.

This video includes images from Getty Images and Washington State Office of the Attorney General.