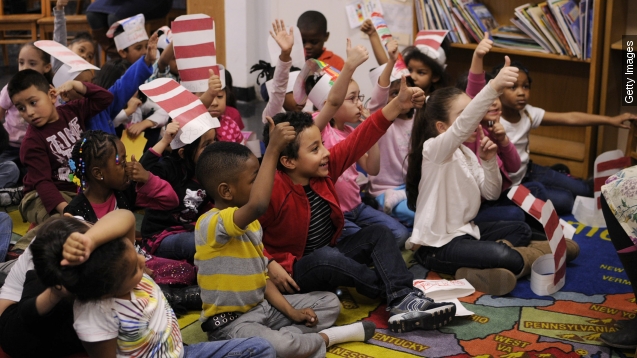 Washington State's Supreme Court is now fining the state $100,000 per day until it adopts a plan to fund the K-12 public school system, according to the court's standards.

The ruling comes after the state's Supreme Court threatened to take action back in 2012 in a case filed by parents and hundreds of school districts.

According to a report from the Education Law Center, Washington has failed to increase funding for students in high poverty districts, a pattern the state shares with California, Florida and Colorado. (Video via California Teachers Association)

The report suggests that one of the country's root problems with education funding is that state budgets have been slow to restore funds after the 2007 economic crisis.

While the Education Law Center doesn't take into consideration more recent policy proposals from the Washington legislature, like all-day kindergarten, the state is still off-track to meet their 2018 goals.

In Washington's case, disparities between districts is largely due to the state's reliance on voter-approved property-tax increases, called levies, to fund education. This way of determining funding means that higher-income districts can have an easier time passing the increases.

It's still unclear as to whether the legislature will actually agree to pay the fine. (Video via Highline Public Schools)