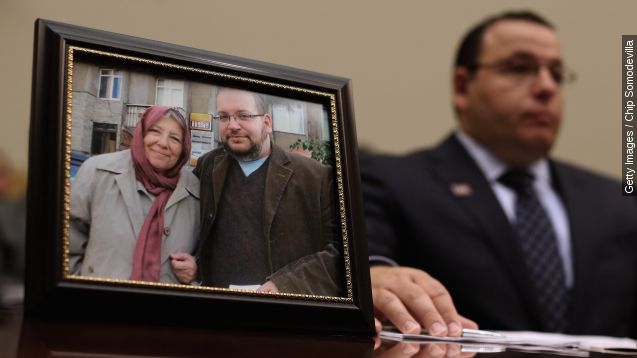 Washington Post reporter Jason Rezaian is officially out of Iran.

The Post released a statement early Sunday that Rezaian and his wife had safely left the country just a day after being released from prison. (Video via The Washington Post)

Rezaian was part of a group of Americans released by Iran under prisoner swap agreements that reportedly took more than a year to reach. As part of the swap, seven Iranians were granted clemency in the U.S. (Video via CNN)

The Washington Post's publisher said in a statement, "After enduring such deplorable conditions and inhumane treatment, the top priority now must be Jason’s health and well-being."

Rezaian spent over 540 days under Iranian imprisonment. The Washington Post reports he was the longest-held Western journalist since Iran's revolution in 1979.