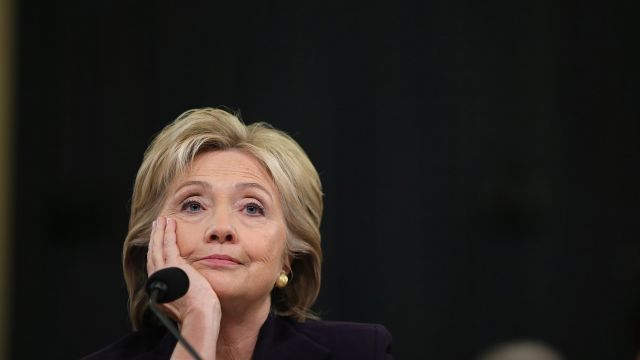 Hillary Clinton is expected to win Washington state on Nov. 8, but one member of the Electoral College says he won't be voting for her.

Robert Satiacum Jr. — one of 12 Electoral College members in Washington — called Clinton a clone of Donald Trump, as well as a "criminal" and a "clown."

Satiacum is a member of one of Washington's Native American tribes. He's an activist and says he's not a fan of Clinton's environmental policies, calling them "crimes against our mother, this Earth."

The thing is, electors in Washington are bound by law to vote for the winner of the popular vote in that state. There's a $1,000 fine for failing to do so.

If he goes through with it, Satiacum would be what's called a "faithless elector." They're pretty rare. Only 157 other electors have become "faithless" in the history of the Electoral College.

The last faithless vote was in 2004 by an anonymous elector in Minnesota. No faithless elector has ever altered the outcome of an election.

Satiacum told Politico the money wasn't even a factor. He's willing to pay the fine if it means voting with his conscience.

There have been other electors who've considered going against the popular vote this cycle. An elector in Texas said he might not vote for Trump, but he has since reversed course.